A class action lawsuit by Canadians against the Department of Fisheries and Oceans (DFO), due to their gross negligence and mismanagement of our Atlantic Salmon.

The Issues Get Involved

"Our goal is to start a class action lawsuit against the Department of Fisheries and Oceans (DFO), due to their gross negligence and mismanagement of our Atlantic Salmon." 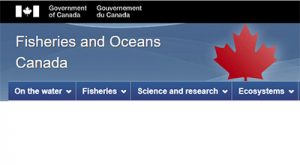 In our opinion, DFO’s major item mentions need to be adhered immediately in order to save the Atlantic salmon population. The stock supplementation program (CAST) must be approved to Save Our Salmon. If DFO is not in agreement with these plans, we ask to know: what is DFO’s plan?

The Minister’s Report recommended a study of the Atlantic salmon population to determine the effects. However, nothing has been done by DFO to study and/or control the multitude of predators on the salmon population. Once again, DFO has grossly mismanaged the river ecosystem. For further information on the matter, please review MSA Report; Ministered Report. 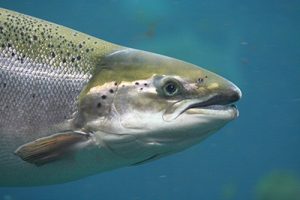 A restocking program, which aims to take Miramichi smolt and raise them to adults in hopes of releasing them back into the river, was supported by Miramichi Salmon Association (MSA). The goal is to restock the Miramichi River of Atlantic salmon, which have gravely depleted over the years. According to DFO estimates, Atlantic salmon returns […] 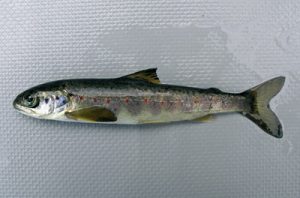 DFO has not participated in stocking the river and have sold the South Esk hatchery, which provided salmon fry to the Miramichi Watershed since 1873. 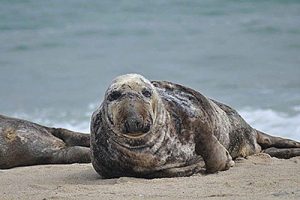 The grey seal population, which are known to prey on salmon at the mouth of rivers, has grown from 5,000 to 500,000. The 2015 Minister’s Report recommended a seal harvest to aid in the recovery of the Atlantic Salmon population. However, despite this recommendation, no action has been taken on the part of DFO. 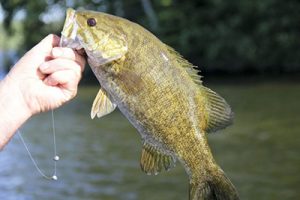 Smallmouth bass were found in Miramichi Lake in 2008, and later found in the main southwest Miramichi in 2019. DFO originally planned to electro-fish the lake over a 3-year period to remove all smallmouth bass; a program which ultimately failed. Smallmouth bass are an invasive species that prey on our salmon and will aggressively destroy […] 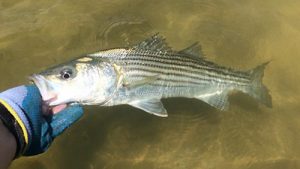 Submit your name and thoughts about how DFO has mismanaged Atlantic Salmon.
Submit Here
( all testimonials are moderated ) 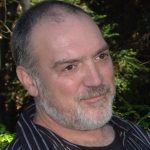 I believe it is time for people to speak up against the DFO and it’s lack of management.

My father and I went on annual trips to Crown Reserve locations 3-4 times (and I went another 3-4 times with other groups), yet were unsuccessful in having any fish action. Some of the reasons included didymo-filled stretches, netted-off stretched, and a general depletion of the salmon population since 2008. Although the times spent with my father were still great memories, the amount of revenue spent on these 6-8 trips should have garnered a few more positive fishing experiences also. The inadequate management by DFO of one of New Brunswick’s finest natural resources is shameful. The responsibility and duty should have been left to provincial and local authority who actually have a sincere stake in this resource and a level of care to see it maintained and enhanced!

I have seen firsthand the

I have seen firsthand the mishandling of our salmon by the DFO . Atlantic salmon is part of our heritage , our culture and brings millions upon millions of dollars to NB tourism. DFO haphazardly make decisions that affect our livelihood. They will not consult with local fishermen, outfitters and the few wardens we have. Their decisions to close waters allow poachers to have a field day killing these beautiful creatures. Time for change time to take back our river!

DFO must pay up 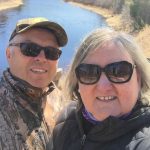 It is obvious that DFO failed in their obligation to protect Atlantic Salmon. The species is on the brink of extinction, as well our culture and economic benefits. The basis of any successful recreational fishery begins with users taking fish home to eat. We bought into the well intended but very unsuccessful “live release” programs. It is time to stock our rivers and lakes with enough fish to satisfy human’s desire’s for a healthy reliable food source. Much the same as growing our own vegetables and meat right here in NB. We can ultimately save our wild salmon while eating and making a Living from stocked fish. It is time to consider what is best for New Brunswick residents .
There has been millions invested in a failed effort, it is now time to invest in a proven system . DFO must pay up!! Keith & Bonnie Wilson, fourth generation outfitters.

How can you help?

The decline of the Atlantic salmon has been rigorously studied by a variety of departments and organizations, not limited to DFO, MSA, ASF and CAST. Everyone knows the programs above should be implemented. The "do nothing" approach that DFO has relied on in the past has proven to be ineffective. Now is the time for action; now is the time to Save our Atlantic Salmon.

This web site and action is not affiliated in any way with MSA, ASF, CAST Program, NB Salmon Council or any other conservation groups or organizations.

We are a group of Landowners, Outfitters and Fisherman who want to hold DFO accountable. We need immediate action now to save atlantic salmon. The cost to DFO and the government is minimal, if any. It requires DFO to say only YES so river groups and associations can do their work that has been developed and tested to meet the needs of local waters.